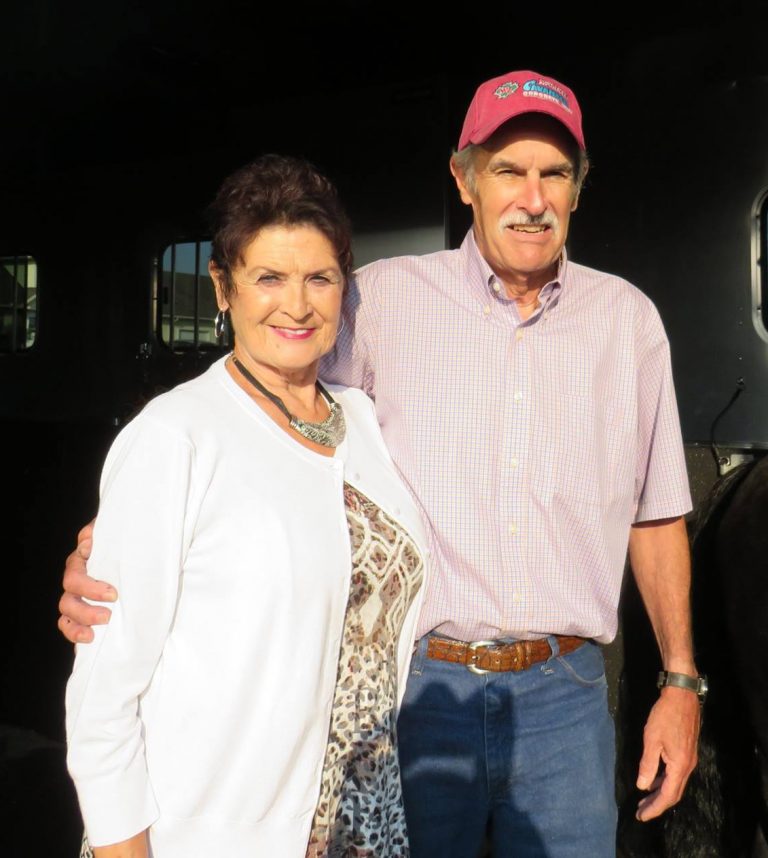 The Scharf family has been in the horse business for 5 generations. Wayne’s grandfather and his father provided work horses and dump carts for the construction of Carling Avenue in Ottawa. Eventually Wayne’s father Orville, purchased a dump truck and no longer needed the work horses. In Wayne’s teens, he helped his father with the road horses along with showing a saddle pony that his dad and mother purchased for him to show. He participated in pony saddle classes which included musical chairs, potato races, etc.

Wayne’s sister Donna also showed in the saddle pony classes. Donna, along with her husband, Murray, still compete in the horse show world but with quarter horses and barrel racing.

At the age of 20, Wayne and Shirley were married and she was introduced to the horse show world. They bought their first house outside of Richmond where they still live today. Wayne and Shirley have 2 daughters, Debbie and Kerri. Growing up, the girls started showing ponies in saddle, parade and harness classes.

While Shirley does not participate in the show ring, she was responsible for the preparation of the girl’s saddle suits and parade outfits and overall team support. She still to this day does the buggy and bike preparation for the show and gets the uniforms and proper clothes ready for the show. She also has the job of getting the tack room decorations and flowers for the Royal. She has been known to put the wrong covers on their bike!

The early 1980’s saw Wayne and Shirley buy their first road horse, ‘The Bootlegger’, a 5-year-old that they showed on their string for 20 years. He won the last class of his career at the Ottawa Winter Fair before he was retired.

In 1989 Wayne had the good fortune to both train and show a fantastic roadhorse by the name of ‘Ellery’ which Wayne and Shirley took to the World Championship Horse Show in Louisville, Kentucky for Jean and Tom Oxley. Ellery won the Championship as well as the Grand Championship Amateur Roadhorse to Bike.

Over the years Wayne and Shirley have had some great roadhorses which Wayne and Kerri showed with much success at the Royal as well as Lexington, Kentucky, the World Championship Horse Show at Louisville, Kentucky, Syracuse International Horse Show, the CNE and the Ontario Show Horse Classic. A few would include ‘The Bootlegger’, ‘Trend Setter’, ‘The Maverick’, ‘The Messenger’, ‘Dillenger’, Road Rage’, ‘Policy Maker’, and ‘Sandpiper’. In 2005, Wayne and Kerri won 8 out of 8 classes when showing Road Rage, The Messenger and The Maverick at the Royal. Road Rage won the Bike Championship in 2005, 2006, and 2007. The Messenger won the Wagon Championship for their daughter Kerri in 2005.

Wayne served as President of the Canadian Road Horse Association from 2008 to 2009. With Wayne’s many talents, he designed the road horse team logo for the CRHA.

Wayne and Shirley are both strong supporters of the various fundraising activities of the Association, whether buying tickets, selling tickets or helping out in any way they can.